The story of the East Lothian haar on 28th May 2018, in pictures. If you want to know more, Google "Advection Fog". Or come and learn to fly a microlight at East of Scotland Microlights and we'll teach you all about this, and lots, lots more!! 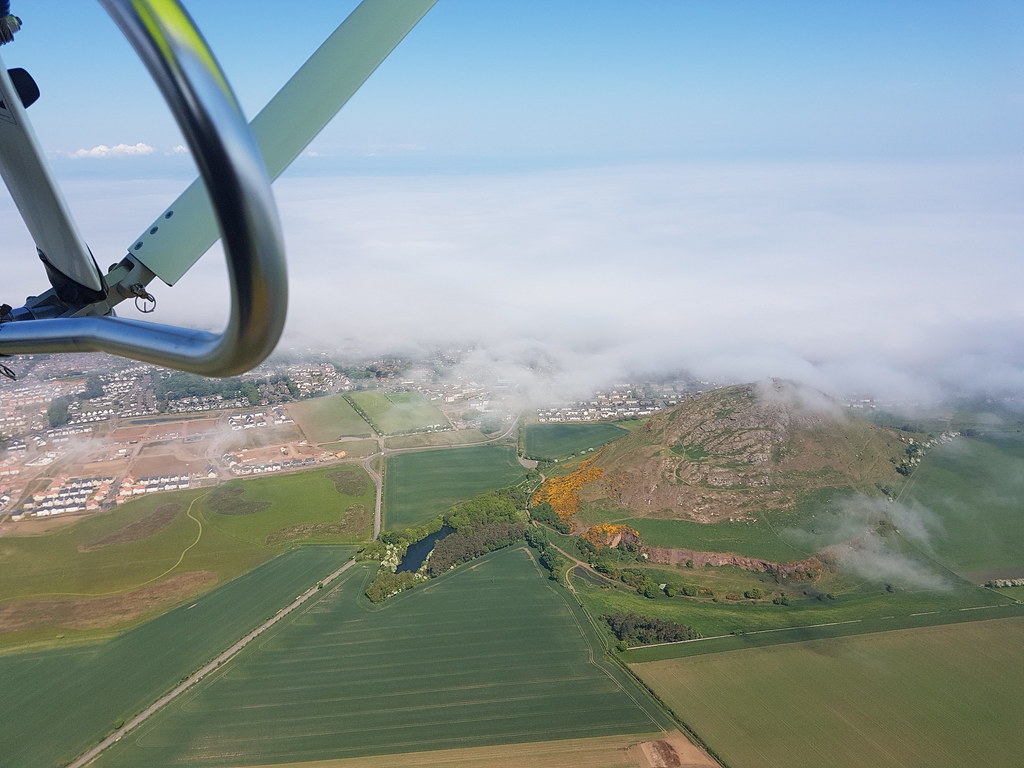 11:50am - half an hour after clearing the airfield the fog has just cleared Berwick Law and is in the process of clearing North Berwick. 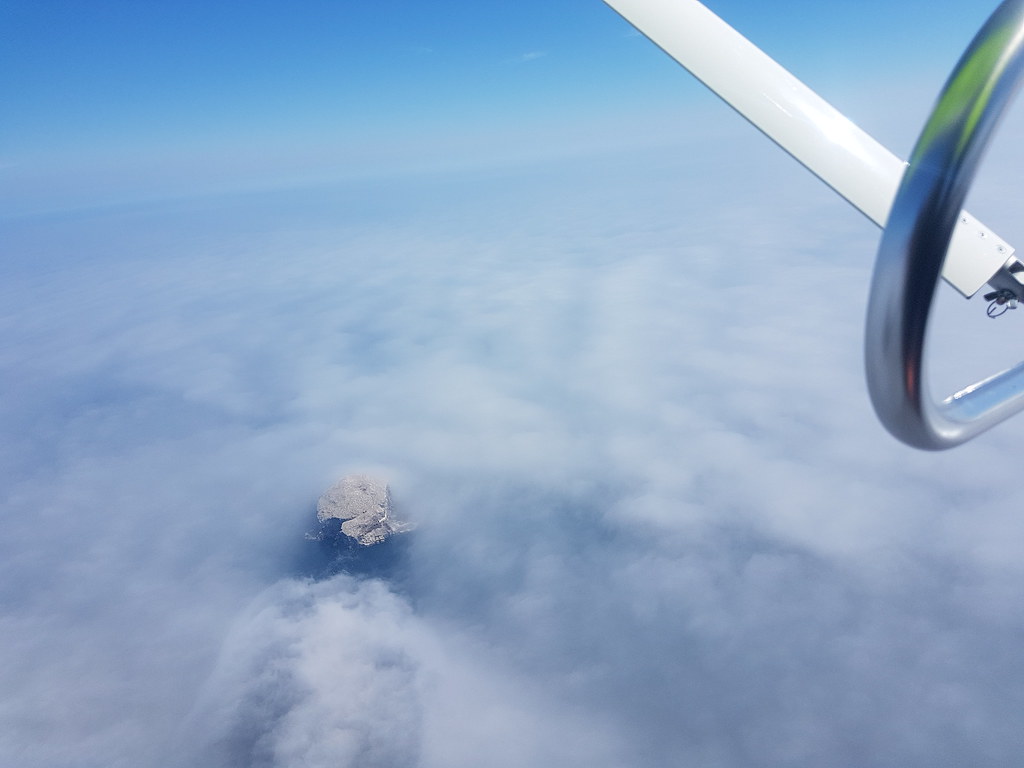 12:14pm - it's moving offshore and thinning with the Bass Rock now showing through a hole as the top of the haar is about the same height as the rock now. 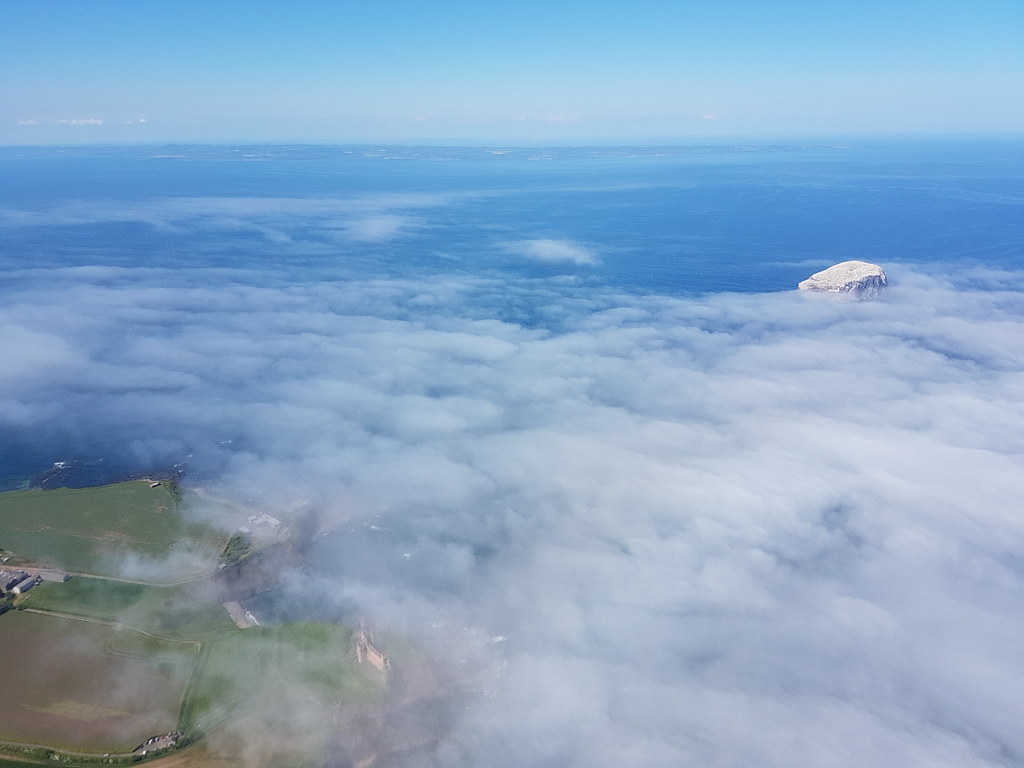 2.40pm - there's not much fog left now and it's almost all offshore - it's just clearing Tantallon Castle here. 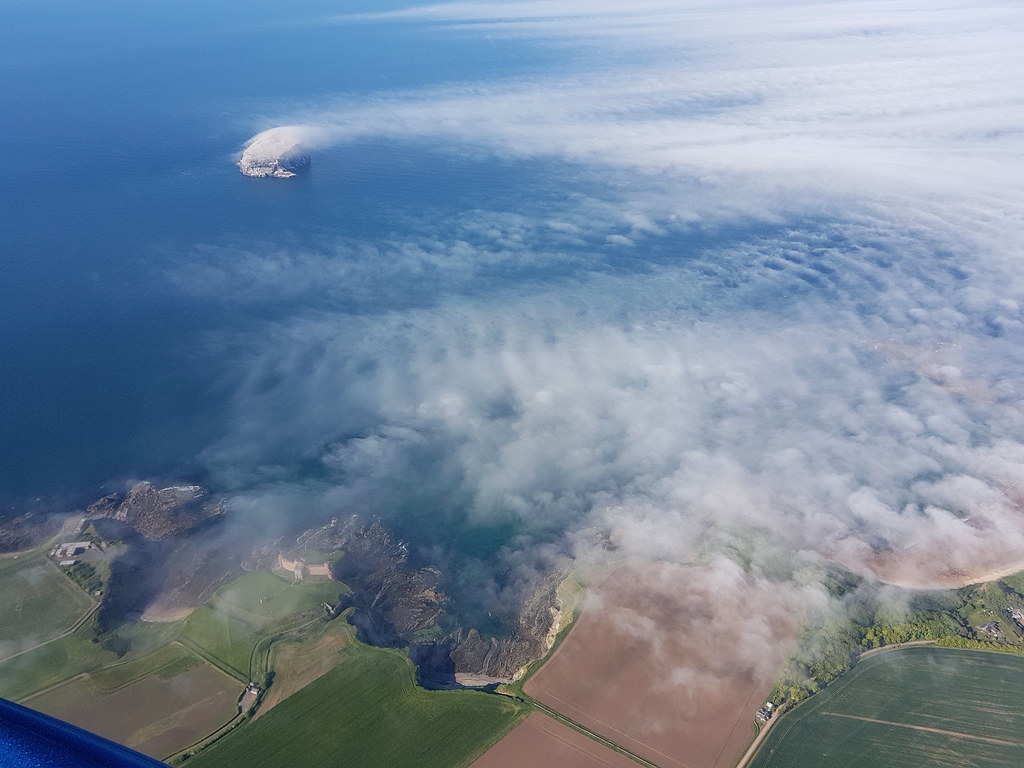 5.47pm - everything is cooling down now and the haar begins to reform and move easterly towards the shore again. It had cleared completely, even over the sea in this area. The Bass seems to almost attract it in here. 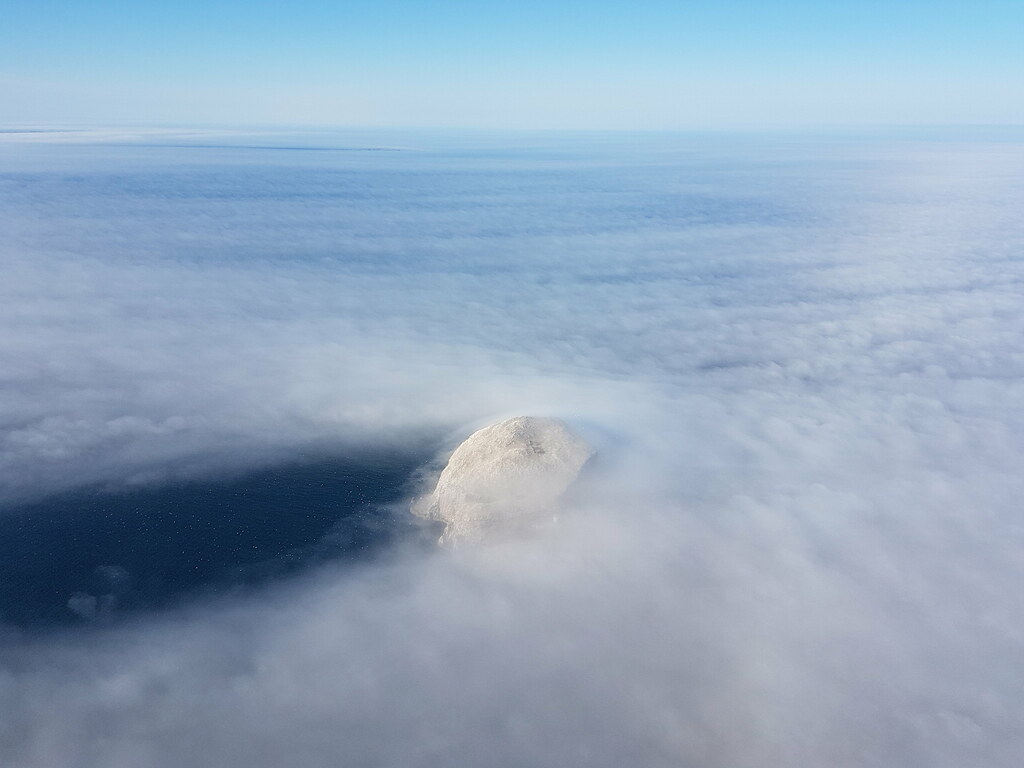 6.38pm - it's moving in quickly from the east now but the Bass Rock temporarily blocks its path, creating a clear channel of drier air downwind of the rock. 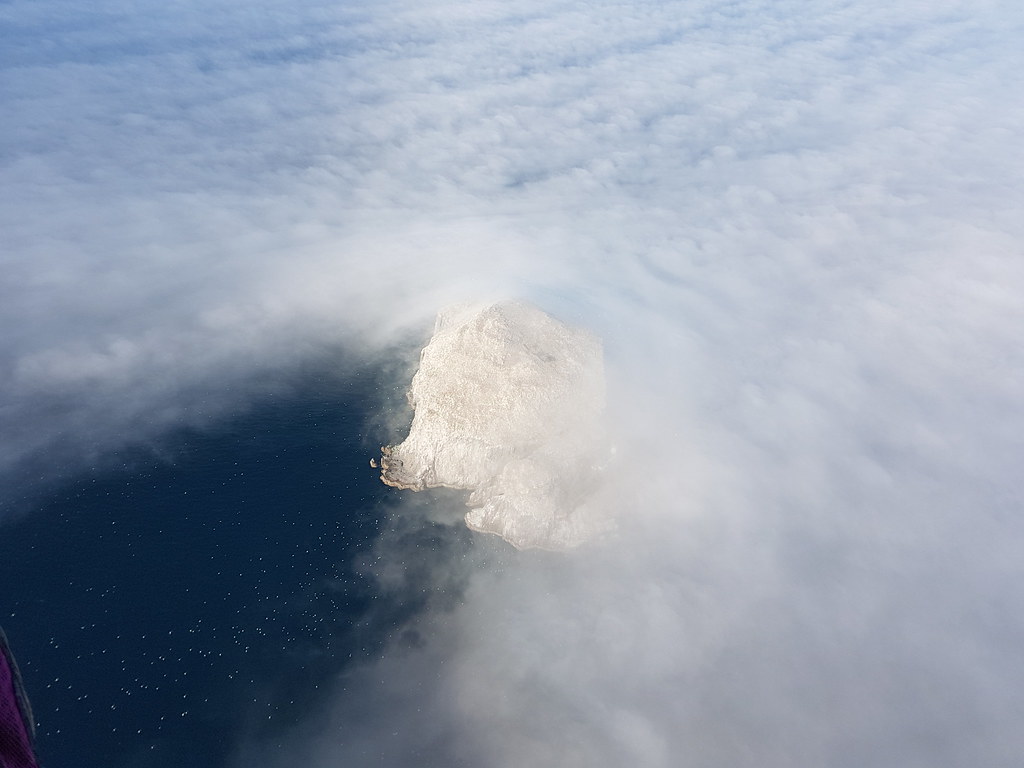 6:38pm - the cold, moist air can be seen being blocked by the Bass as it moves in from the north-east. Is it perhaps being forced to rise and thicken/condense out as it meets the rock leaving a miniature Foehn effect downwind? 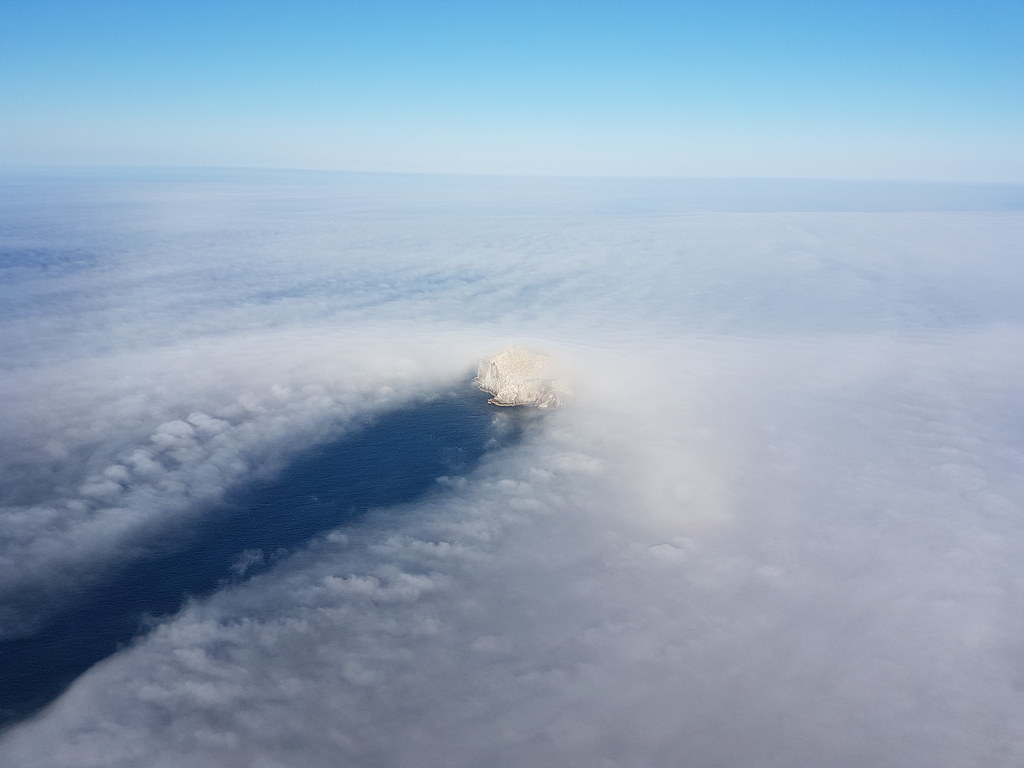 6.40pm - the channel is at least a mile long, downwind of the Bass. 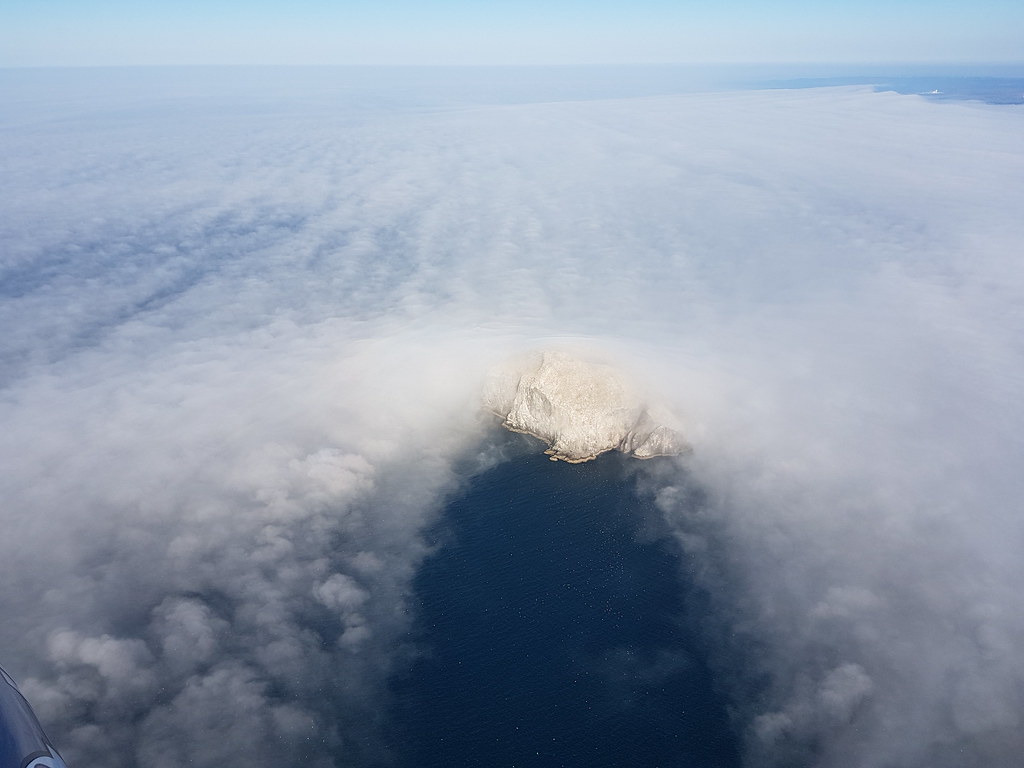 6:41pm - another view of the still quite thin layer of haar, clearly showing it thickening as it gets temporarily stopped in its path by the Bass. The maximum (inland/airfield) wind was about 10kts, generally east-north-easterly. 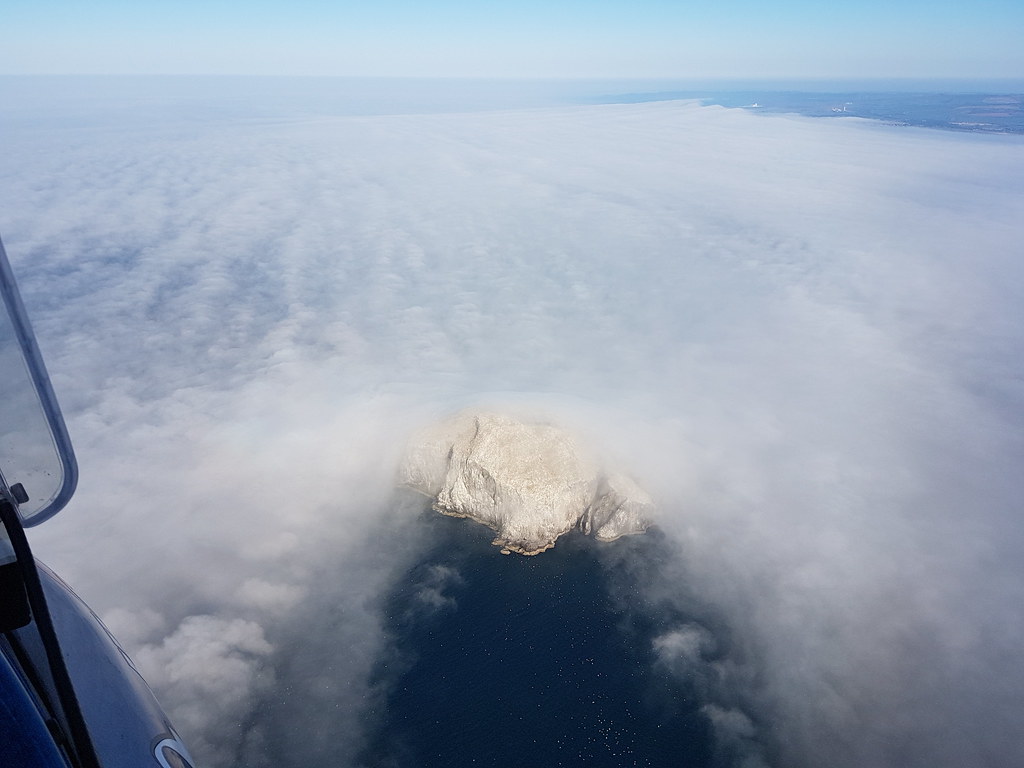 6:41pm - Torness visible top-right, still clear of the fog, as was North Berwick at this time - that wasn't to last much longer though. 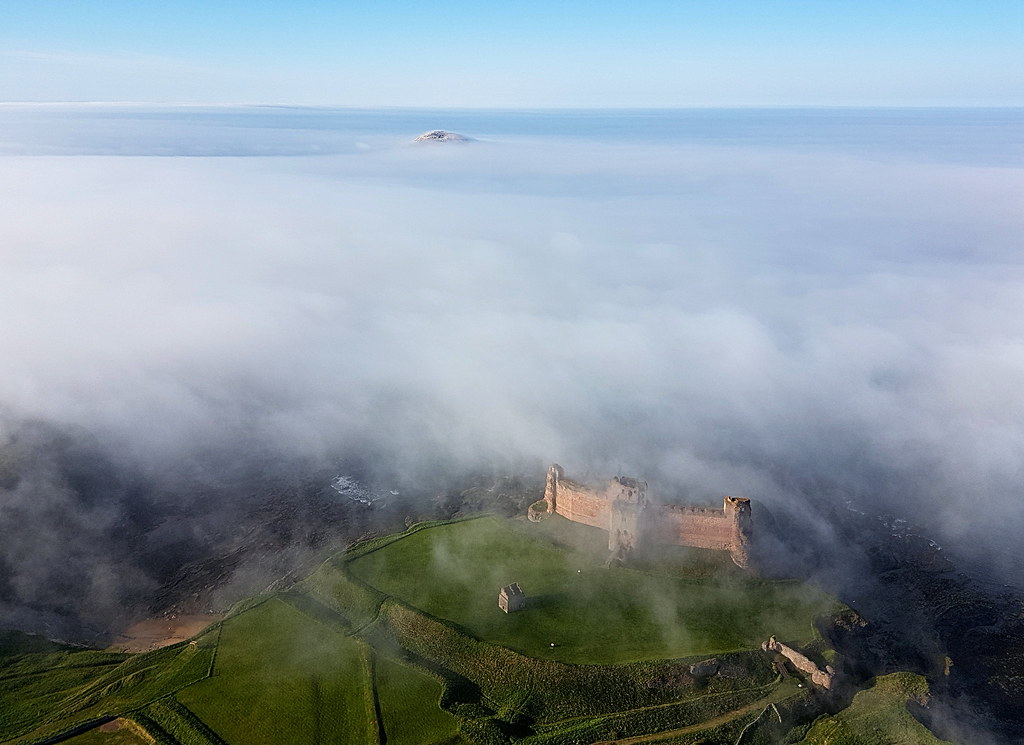 6:44pm - Tantallon Castle just about to be lost to the fog. The top of the Bass Rock still visible beyond. 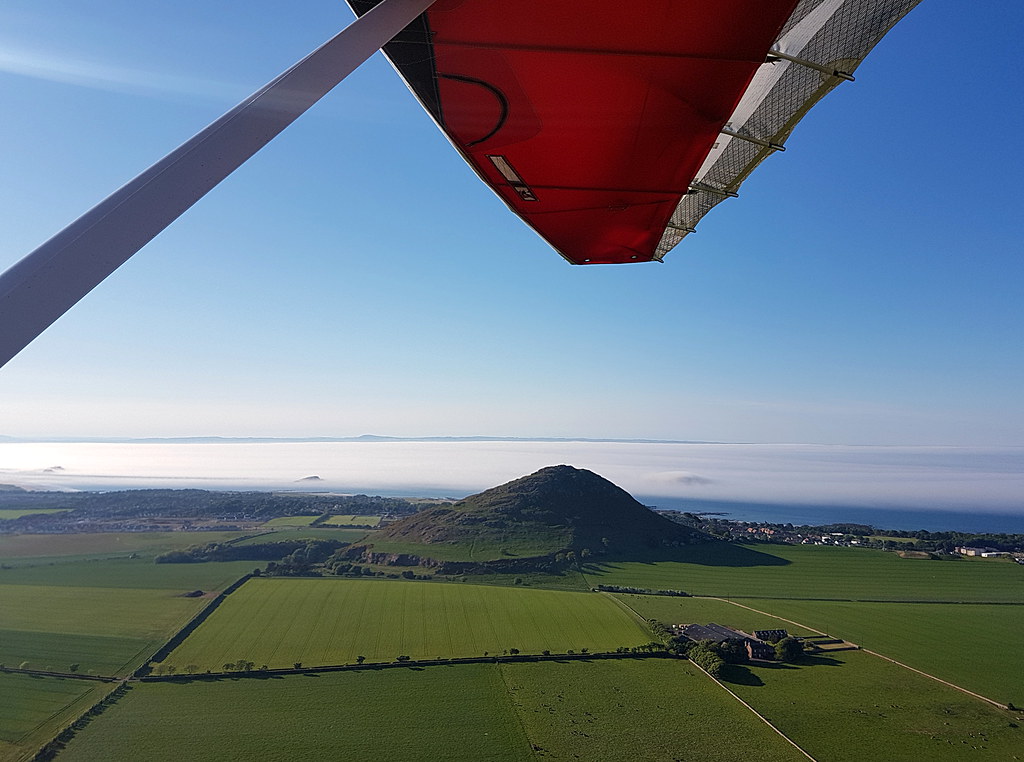 6:46pm - Berwick Law still well clear but Craigleith, The Lamb and Fidra all now enveloped. An hour or so after this photo the airfield and most of the land near the coast was covered once more.